Repeatedly, leaders comment on the value of receiving feedback about their leadership.

At the wrap up of leadership development programs, whether we’ve been together a few hours, a day, several days, or months, we ask for both verbal and written feedback. A standard qualitative question to ask participants is “As you look back on this program, what stood out for you or what was most helpful for your leadership development?” Repeatedly, leaders comment on the value of receiving feedback about their leadership. And this stays with them, as demonstrated by a talk given by Michael Delainey at a recent Leadership Saskatoon session. Michael, who attended the program as a sponsorship speaker from RBC, told the group about the value of feedback early in his career. He provided examples of his feedback, noting that some of it was humbling and said he paid attention to it, adding that it contributed greatly to his development.

As a facilitator and coach of leadership development, I know the positive impact feedback can have on a leader’s career and ultimately on her/his organization. And if the leader introduces feedback processes throughout the organization, with support for how to give and receive feedback and how to implement development plans, in a ongoing way, then the potential for contributing to a high performing culture with trusting relationships greatly increases.

So given that feedback is so helpful, why isn’t it used more often?  In any given development session, a majority of leaders will say they haven’t received feedback about their leadership. And it seems that leaders don’t seek feedback. On one of the leadership feedback instruments I use – the Leadership Practices Inventory (more about that below), the behavior “Asks people for feedback…” is ranked lowest among a majority of the hundreds of leaders I have worked with and across the database it is the lowest ranked item in the inventory of 30 items.

There are steps we can take as leaders to help us seek and get feedback we can use. There are skillful ways of giving feedback as well as a variety of methodologies to employ. All of this has the potential to contribute to a feedback rich and high performing culture.

I am not sure who first coined the phrase CEO disease, but it may well be rampant: that telling the leader only what you think she or he wants to hear or not saying anything at all. Yet, what leader doesn’t want to know that people see him or her as ‘doing what they say they will do’? This is the integrity factor. I agree with Jim Kouzes and Barry Posner who note in To Get Honest Feedback, Leaders Need to Ask, that we need caring critics. Quoting leadership scholar John Gardner, ‘Pity the leader caught between unloving critics and uncritical lovers’ , the authors add that ‘none of us likes the constant negative feedback and at the same time, we don’t benefit from or truly believe the sycophants who constantly flatter.’ So seek feedback from those whose feedback you’ll value, honest feedback.

Feedback People Can Use

Author and emotional intelligence expert, Daniel Goleman, says “People often get fixated on the idea that feedback means negative feedback, and you’ve got to give people bad news.” In high performing cultures, people freely praise and encourage one another and leaders walk around looking for what people are doing well. When they need to give constructive critique they do so skillfully and with compassion and with the intent to support growth. Edgar Schein, who had a major influence on the field of organization development, suggests that leadership is about open and transparent communication that comes from trusting relationships and builds on a culture where people help one another succeed. That is what good feedback processes do!

And you may want to apply a 3 plus 1 strategy when asking for or giving feedback, especially if feedback is new to you and your group. This strategy involves providing three positives to one constructive critique. This approach, sometimes called the Losada ratio, and further developed by Fredrickson, draws on research on the influence high positivity ratios can have on individual and team flourishing.

When organizations or leaders are introducing feedback processes, people are often uncertain about how to give feedback people can use. And feedback that comes across as judgmental or not clear can be less than helpful.   Here are some helpful guidelines:

Guidelines for Giving Feedback. Feedback is more likely to be heard and used if we follow feedback processes, such as:

There are lots of ways to give feedback, and the ones noted below will work for you if you are wanting feedback that aligns with organizational competencies or personal or organizational values.

360 Instruments For over twenty years I have appreciated the value of 360 instruments designed so leaders get feedback from a range of people who work closely with them.  My go-to instrument is the Leadership Practices Inventory (LPI), a powerful 360 feedback tool developed by Jim Kouzes and Barry Posner. Evidence based and psychometrically sound, the LPI provides feedback on 5 practices – 30 behaviours – and with the potential of added qualitative feedback that is designed for a specific group. Leaders are quickly able to identify areas of strength and development based on their feedback and organizations frequently decide to have leaders retake this instrument a about year’s time to check improvement. The authors recommend retaking the 360 feedback annually, over the long term.

Appreciative conversation Drawing on an appreciative approach as a means of giving feedback, involves a conversation that focuses on what people are doing well and supports them doing more of it. The process uses ‘appreciative inquiry’ questions (check out the Appreciative Inquiry Commons website) such as: How has this person contributed to your success? How has this leader contributed to the success of your organization? And for competency areas such as inspiring a vision, or coaching skills, the person giving the feedback would provide examples of the leader demonstrating the skill and the difference it made to them.

Informal Requests for Feedback On An Ongoing Basis: Asking for feedback on an ongoing basis is a great add on to 360 feedback where leaders have identified what they want to work on. It takes skill and courage to ask for feedback, skill to receive it if others aren’t practiced at it. Here are a few questions I encourage and use myself:

It is not an event Clearly, seeking feedback, giving feedback, and crafting development plans is not an event, it’s a long term commitment on the part of the leader and others in the organization. In organizations I have worked with, where leadership teams have implemented ongoing feedback programs, they have become better at giving feedback that is meaningful and helpful and making ongoing good use of receiving feedback. And the evidence based feedback processes we have used, typically the LPI, have shown improvement in leadership behaviors over time. Don’t wait, you can start one of the informal processes now!

I’d be interested in hearing about your experience with seeking feedback. In particular what has been helpful?

Linda is co founder, with Lillas Hatala of Women In Leadership for Life.  Between the two of them, they have facilitated coaching sessions and workshops for thousands of leaders across Canada.  In a majority of these sessions leaders have received feedback.

Marshall Goldsmith on Feed Forward, taking leadership into the future.

Short video on how to give feedback, Daniel Goleman and Bill George:

For positive change research, check this

Home of the Leadership Challenge and the LPI instrument

Barbara Fredrickson’s work on how 3 to 1 can influence flourishing.

6 Lifestyle Choices for Radical Wellbeing
This fall I attended a seminar in Calgary with my long time teacher, Deepak Chopra. Deepak spoke on the topic of The Future of...
Make Your Leadership More Visible
This fall, I facilitated a number of “Receiving your Leadership 360 Feedback” sessions. I observed that several women leaders, whose observers had rated them...
ART opens the Heart to Healing and Hope
Art has been therapy and meditation for me for as long as I can remember but only recently has the true gift of that...

4 thoughts on “The Potential of Leadership Feedback: The Why and the Ways”

This site uses Akismet to reduce spam. Learn how your comment data is processed. 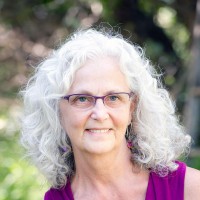